One of the world’s preeminent sports artists, Edgar J. Brown has been at the forefront of sports art in America. His natural ability to capture the power, technique and graceful movement of athletes has redefined and elevated the art for more than a decade.

A lifelong New York sports fan, Edgar’s work is a reflection of his passions and his life. Born in the Bronx, he spent countless hours watching the New York Giants play, sharing time and pride with his dad, and cheering on the New York Yankees. Along with his devotion to sports, Edgar’s artistic side also revealed itself at a young age. He could often be found drawing Marvel comic book heroes and crafting portraits.

In high school, he found success on the gridiron as a middle linebacker and offensive guard. In 1990, Edgar’s life changed; a spiritual awakening drove him back to his art and changed his career path forever. He started painting New York Giants football players and was quickly recognized for his powerful portraits. To date, he has been commissioned by more than 90 members of the team, and he is proud that his work is owned by several of the sports world’s most talented athletes, including Bill Parcells, Eli Manning, Michael Strahan, Lawrence Taylor, Ottis Anderson, Mark Bavaro, and Phillippi Sparks.

Edgar finds inspiration wherever he intersects with the sports world.  Photographing and sketching his subjects both on and off the field at Giants Stadium to the sidelines of youth wrestling matches to ringside at Mixed Martial Arts fights, gathering reference material to spark his imagination for a new masterwork.

Today, Edgar’s sports art paintings hang in some of the most prominent art museums, sports facilities, and art galleries across the country. 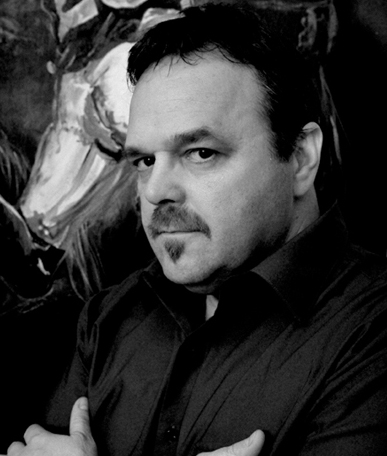