Jota Leal was born in a small town in eastern Venezuela, thirty-six years ago. He began drawing and painting at a very young age, and never studied fine art. He attempted to sit in class as a child of six, but ran away after being forced to paint plastic fruit and empty bottles. Even at that age, Jota (pron: Hota) knew what he wanted to do. He wanted to paint people. He wanted to paint their faces. One of Jota’s first memories is of drawing some lines for his amazed parents, as a baby. His subsequent birthday and Christmas gifts were all limited to pencils, crayons, and drawing materials.

Now Jota paints all the time. He blames his obsession on his parents. “They made me believe it was something I was good at. I have not stopped painting since.” In 2001 Jota traveled to Spain and lived there, immersing himself in the history and technique of art.  His own art follows the grand tradition of the great portrait painters of the past, as well as the more recent caricature masters. Jota’s oevre is a part with the likes of Honore’ Daumier and Otto Dix. His sense of humor shows the delicate whimsy of a Max Beerbohn or Al Hirschfeld, but with a more fully rendered painting style.

I try to paint people that I admire, or fascinate me. It’s often my way to share what I perceive about their character, or inner soul. It’s almost a way for me to communicate with them and get to know them in some manner.  This is the most challenging part of the entire painting process, working up to the point where I feel ready to begin, with the layout and the sensibility poised, after much thought and consideration.

Jota’s style results in a synergy of remarkable painting skill and a probing sense of the subject’s soul, and often tweaked with an incisive sense of humor. Leal works with pencil on paper, acrylic on board, and acrylic on canvas to achieve his astounding works. He paints the inner soul of his subjects, and manifests this as their outer persona. He is an interpreter of the subconscious, translating with his pencils and brushes. His captivating portraits of Michael Jordan, Jimi Hendrix, John Malkovitch, Al Pacino as Scarface, Babe Ruth, and others are classics of their kind. Working with the Deacon Jones Foundation allows Jota to further pursue his passion for sports, and the iconic figures who have given us all such great thrills and memories.

Jota Leal, from Venezuela, probes the subconscious, showing that depth can be shown with humor and whimsy.–Juxtapoz Magazine 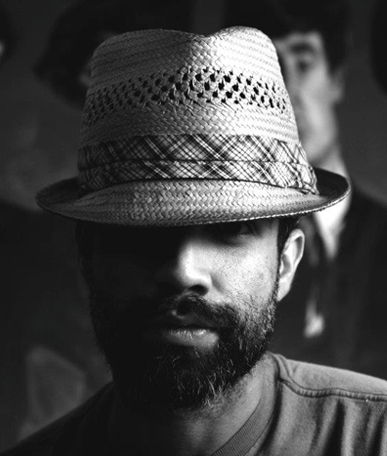